If you love trivia nights and pub quizzes, this one is for you! In this ultimate England Quiz, you will discover 105 questions and answers about England and everything English!

England is one of the 4 countries forming the United-Kingdom. In this trivia quiz, you’ll find a couple of questions that would be appropriate for the whole of the UK but most of them are entirely focused on England itself.

So get your team ready, you’re in for a good time with this amazing England Trivia Quiz. 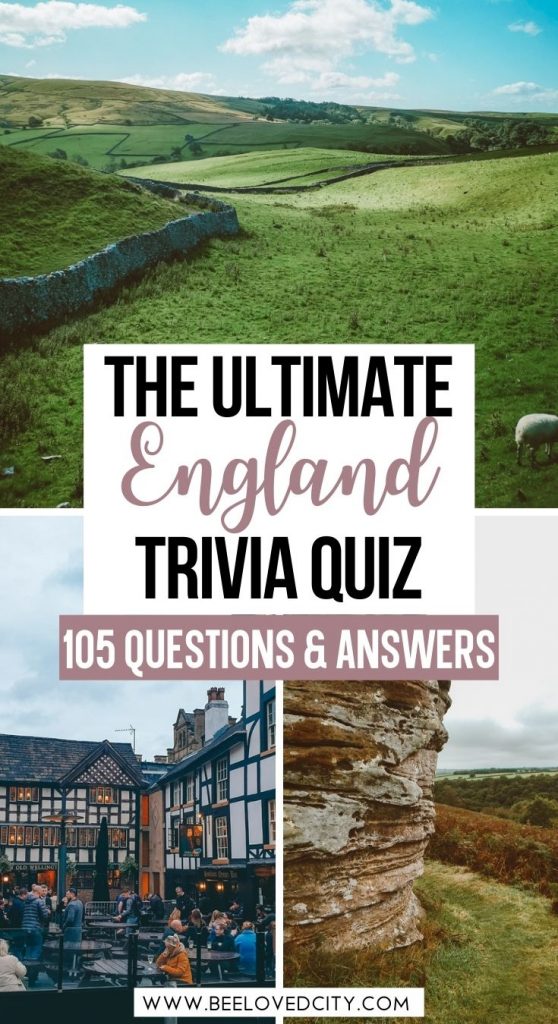 Are you ready to start this ultimate England Quiz? Let’s get started! You will find 10 rounds of questions including one picture round. The answers are located at the bottom of the page.

Let’s start with some easy questions about England. You will score 1 point per correct answer. Question 5 is worth 2 points are there are two parts.

England is known for its music. It’s where some of the most famous bands in the world are from and a good England pub quiz would never been complete without a music round.

England is also very famous for its authors. Here is a selection of questions about the English litterature.

If you love British TV and movies, this round is for you!

England is a beautiful country but how much do you actually know it? Here are some geography questions about England!

Now is time for a bit of English history! Each question will give you 1 point.

If you are a foodie, this round of English food and drinks questions is for you!

Sport is an important part of the English culture which is why we’ve included a sports round in this ultimate England trivia quiz! 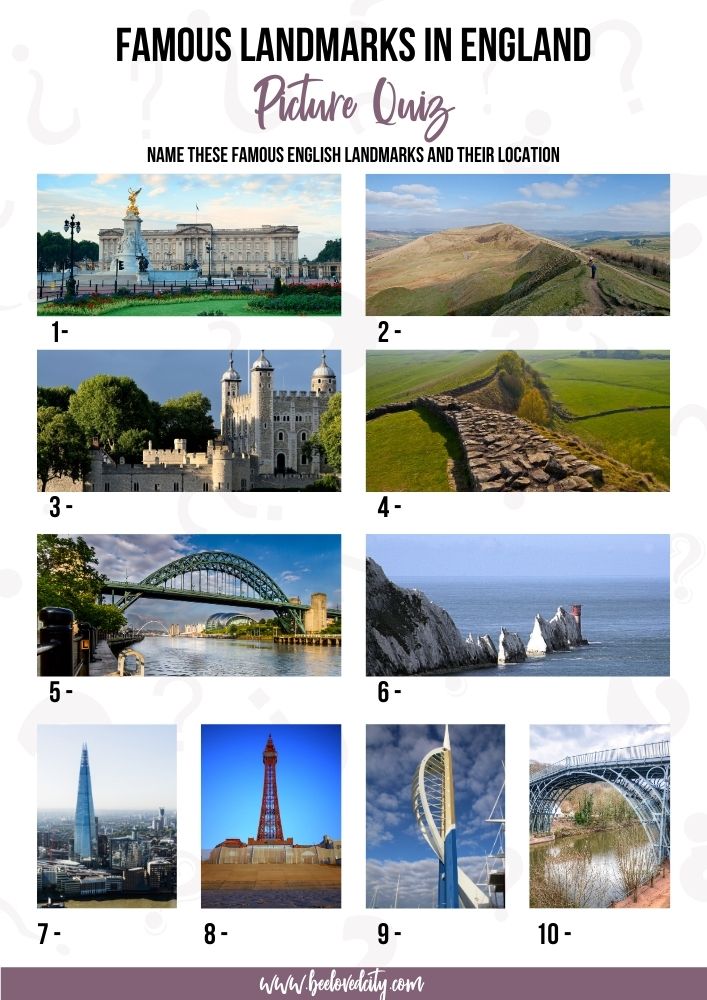 Yay! You’ve made it through the 105 questions about England. Well done! Now you can discover the answers and start counting points!

If you’ve enjoyed this quiz, you may also be interested in one of those:

The Best Scotland Quiz: 55 Scottish Questions and Answers for your trivia night!

The Best Australia Quiz: 125 Australian Questions and Answers for your trivia night!