Want to test your general knowledge and looking for an amazing UK Picture quiz? You’ve come to the right place!

There is nothing better than a good quiz to have fun with friends or your family. In this article, you will discover an amazing selection of 9 UK Picture Quiz rounds. This includes 90 UK Trivia questions and answers.

So, are you ready to test your general knowledge of the UK? Let’s get started! 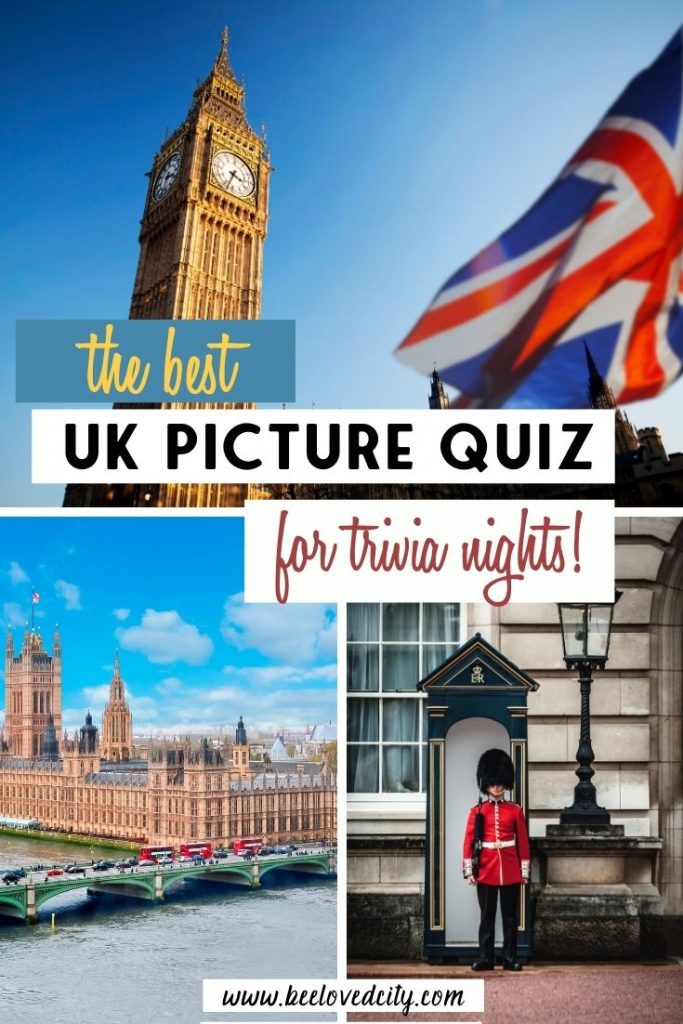 We are getting to the good part now! This is the section where you discover the questions and picture rounds. Feel free to print those so the players can write on them. I recommend printing them in colours (especially the last one) as it can be quite difficult to see the details otherwise.

Round 1: Cities in the UK Picture Quiz

The UK is home to some of the most beautiful and interesting cities in the world. In this British Cities Picture Round, you need to identify them. You will get 1 point per city. 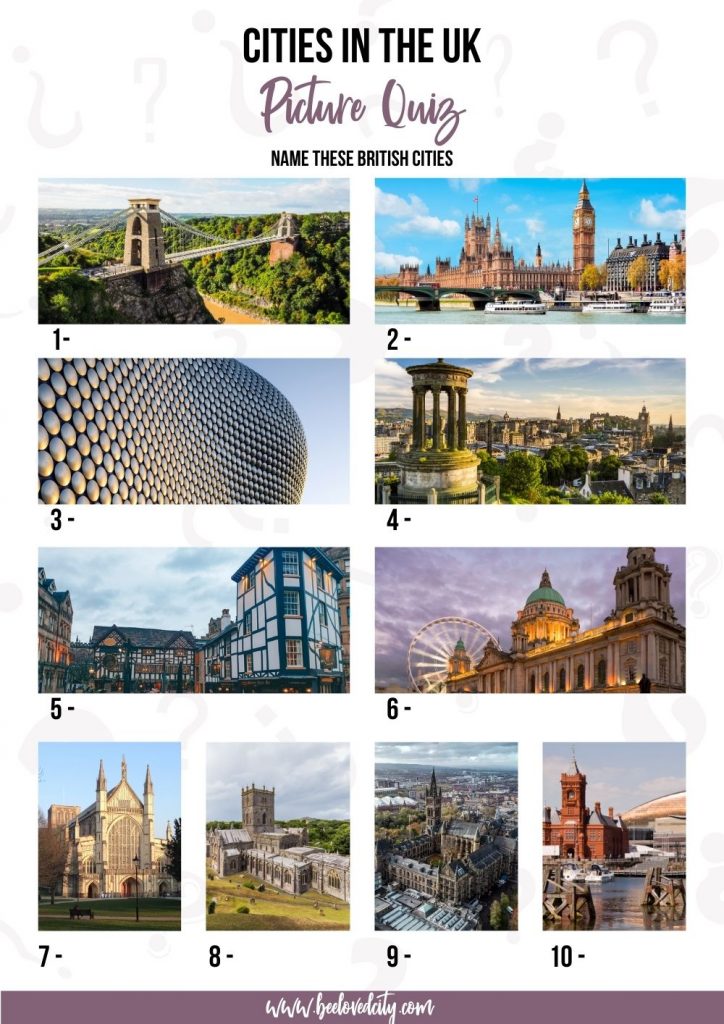 Round 2: Towns in the UK Picture Quiz

This one is a bit more difficult as they are smaller towns. In case you don’t know, a place is considered a city if there is a cathedral. If there isn’t one, that would be a town. Funnily enough, some towns are actually bigger than cities. In this round, you need to identify these British towns. 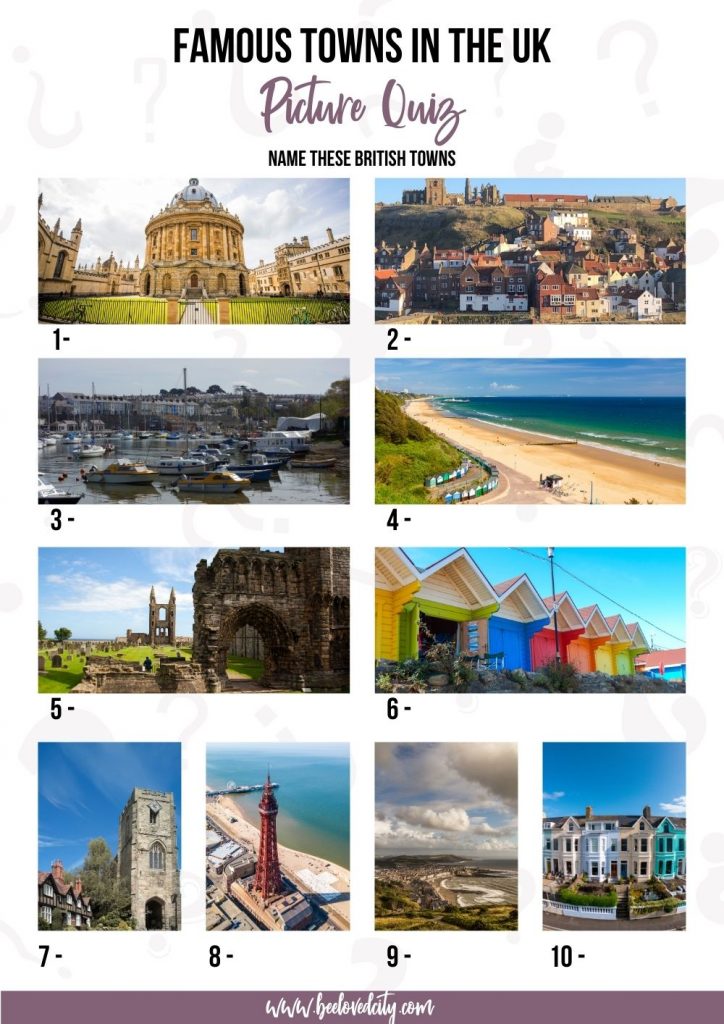 This is an all-time favourite! In this British landmarks Picture Quiz, you will discover 10 famous landmarks in the UK. Identify all of them and name their location. You will get a bonus point for the location.

Round 4: Natural Landmarks in the UK Picture Quiz

There are so many beautiful British landmarks that one round was not enough! In this round, you will discover a picture quiz dedicated to the most beautiful natural landmarks in the UK.

Round 5: Man-Made Landmarks in the UK Picture Quiz

When it comes to landmarks, the UK is mainly famous for its man-made ones. This picture Quiz round is all about man-made British landmarks. Identify them and their location (city or town) for a bonus point! 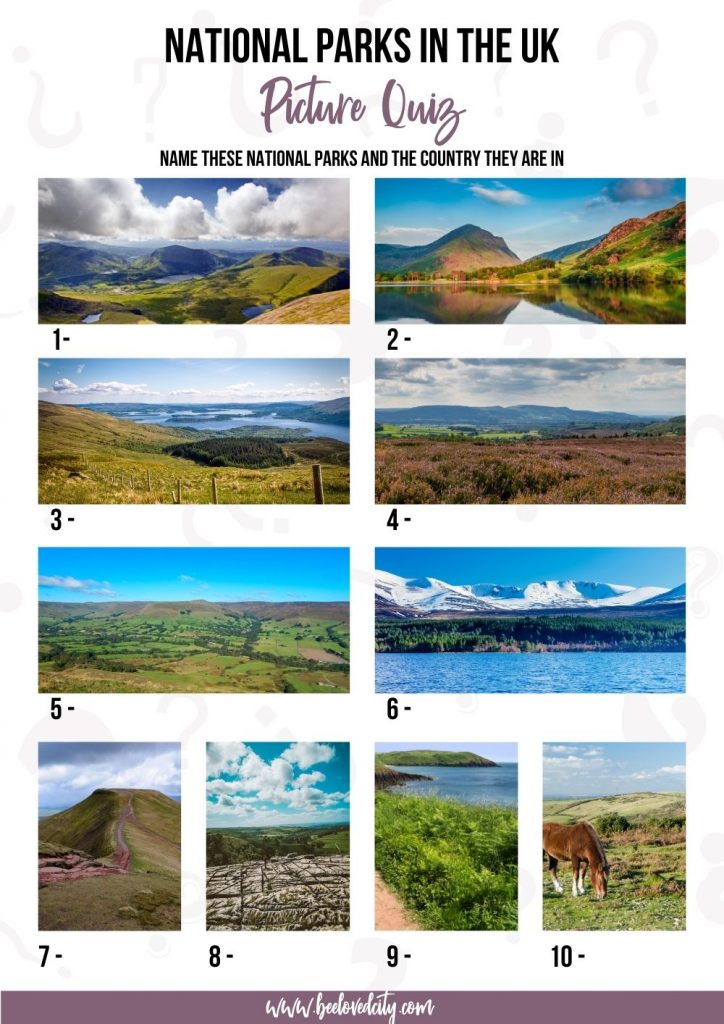 Food is an important part of British culture. There are many typical and authentic dishes in the UK. In this picture round, you will find a selection of 10 British dishes and delicacies. Identify them. You will get 1 point per dish. 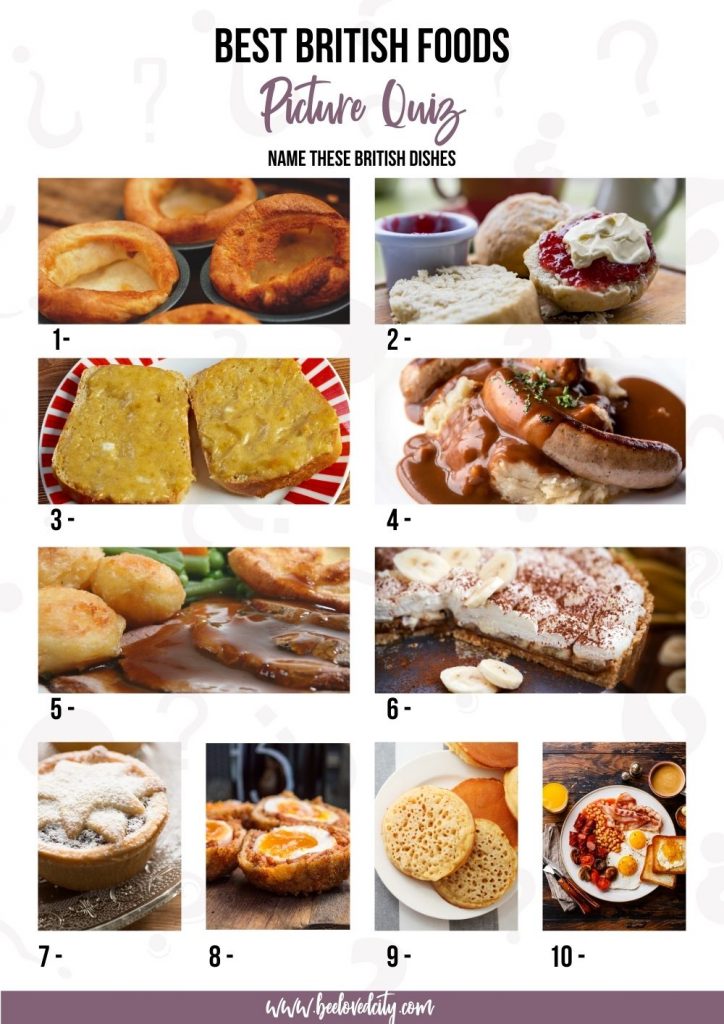 Round 7: Famous Bridges in the UK Picture Quiz

Want a harder round than the British landmarks picture rounds you already had? No problem! Try this one about bridges in the UK. Please name both the name of the bridge and its location. 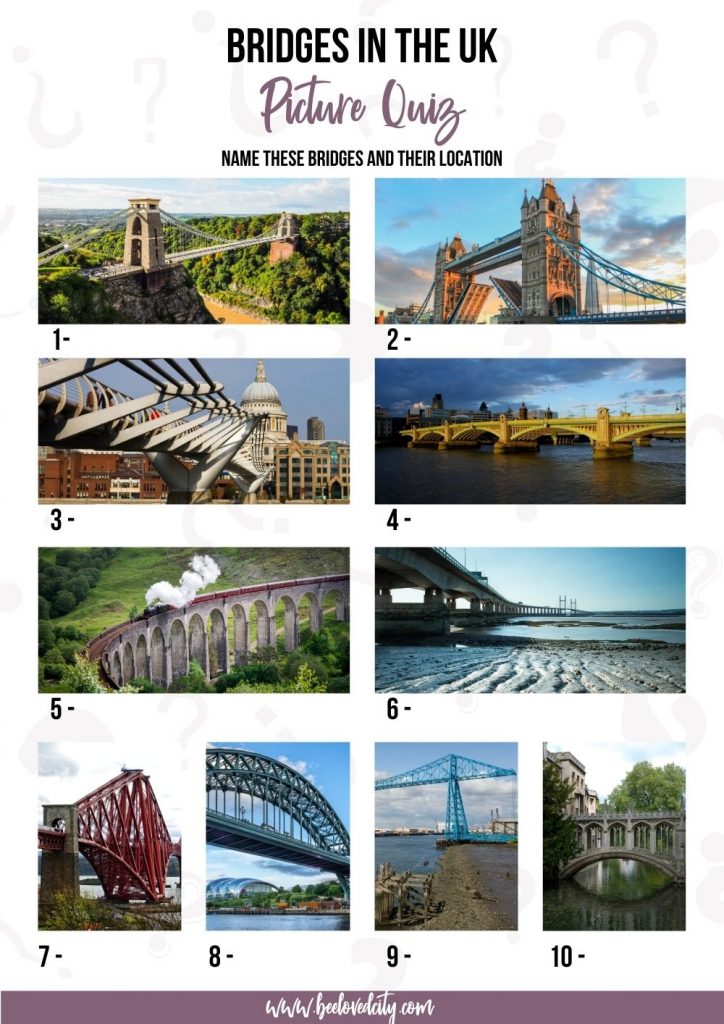 Round 8: Train Stations in the UK Picture Quiz

The UK is full of beautiful and iconic train stations. If you’ve been travelling around the TV by train (or just watching some movies), you should be able to recognise most of these train stations in the UK. 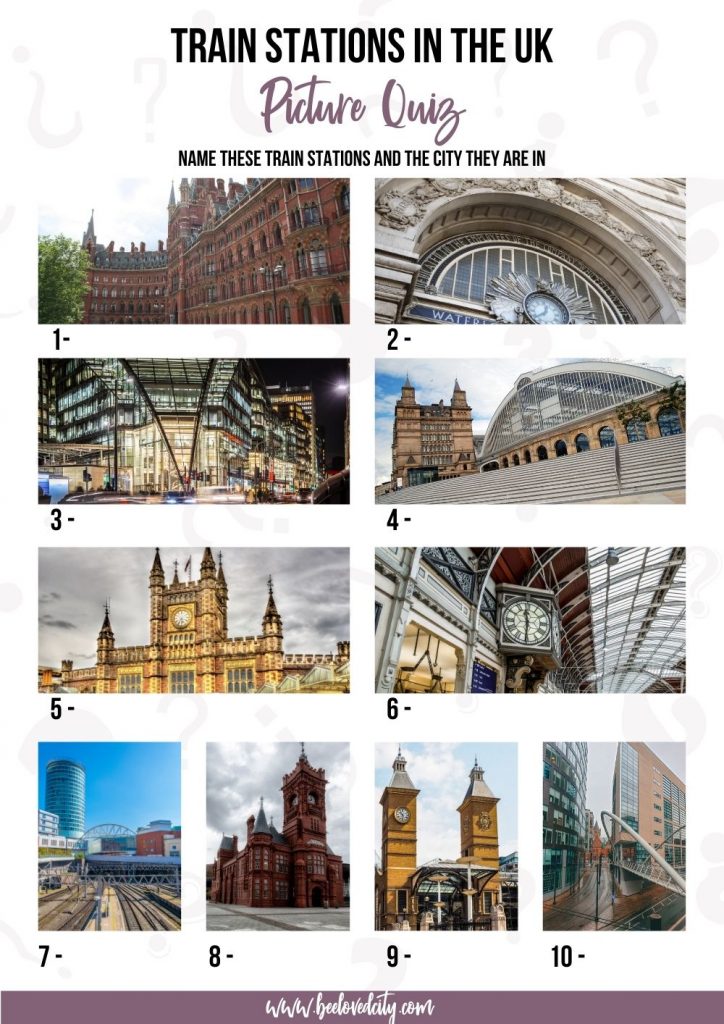 Round 9: National Parks in the UK Picture Quiz

This one is a bit more difficult than the others and will definitely be challenging for a few people. I recommend using this UK picture quiz only if you know your audience knows the UK very well and is into outdoors activities.

Yay! You’ve managed to go through the 9 UK Picture rounds. Now is time to discover the answers and whether you were right or not!

Round 1: Cities in the UK – Answers

Round 2: Towns in the UK Answers

Round 4: Natural Landmarks in the UK Answers

Round 5: Man-Made Landmarks in the UK Answers

Round 7: Famous Bridges in the UK Answers

Round 8: Train Stations in the UK Answers

Round 9: National Parks in the UK Answers

You’ve made it to the end! We hope you had fun with this UK picture trivia! If you are interested in trivia, you may also want to check those out: