Looking for a fun Manchester Quiz to test your knowledge? You’ve come to the right place!

Manchester is a very interesting city. There are loads to do and the history is pretty fascinating. Whether you are a born and bred Manc’, moved to Manchester or just visited and fell in love with the city, this Manchester quiz will be the ideal thing to do!

Everything about Manchester, local slang, Manchester foods… is just here! So, are you ready? Let’s get started!

In this picture round, you will see 10 photos of famous landmarks in Manchester. Identify them. You get one point per right answer. 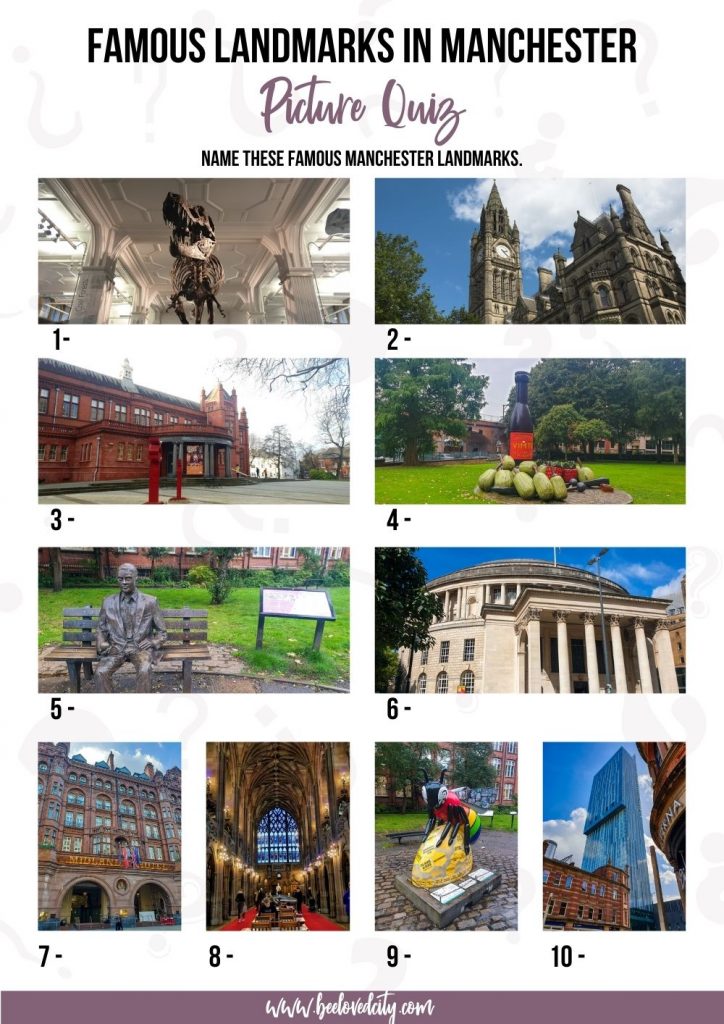 Did you like this? Check out our UK Picture Quiz, Scotland Quiz and World’s landmarks Quiz.

23 amazing facts about Manchester that will blow your mind