Looking for an amazing quiz about Ireland? You’ve come to the right place!

If you love Ireland and want to test your knowledge, this one is for you. You will find an incredible selection of 100 Ireland quiz questions and answers. This includes Irish geography, history, culture and even two picture rounds! Perfect for your next trivia night!

Each question is worth 1 point however some of them will give you the chance to score some bonus points.

So, are you ready to take the ultimate Ireland Trivia quiz? Let’s get started! 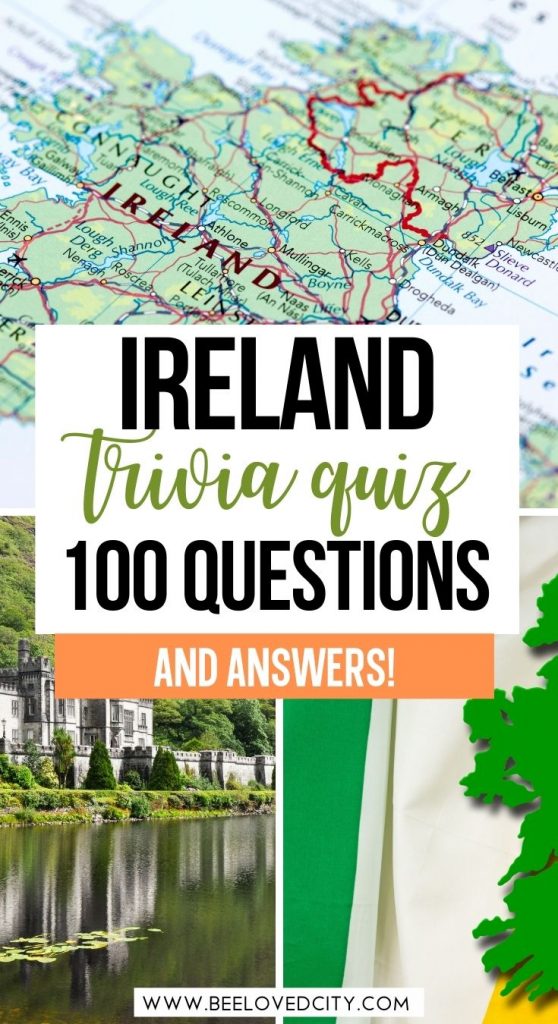 In this first section, you will find 100 questions about Ireland. The quiz is made of 11 rounds. 9 of these include 10 questions and 2 of them have 5 questions.

You will also find 2 Ireland picture rounds that you can print.

Please note that this Irish quiz includes questions about both the Republic of Ireland and Northern Ireland.

Let’s warm up with some easy questions. Here is the general knowledge quiz about Ireland!

In this Irish landmark picture quiz, you will find 10 photos of man-made and natural landmarks. Need the landmark and its location for a bonus point! Altogether, you can score up to 20 points. 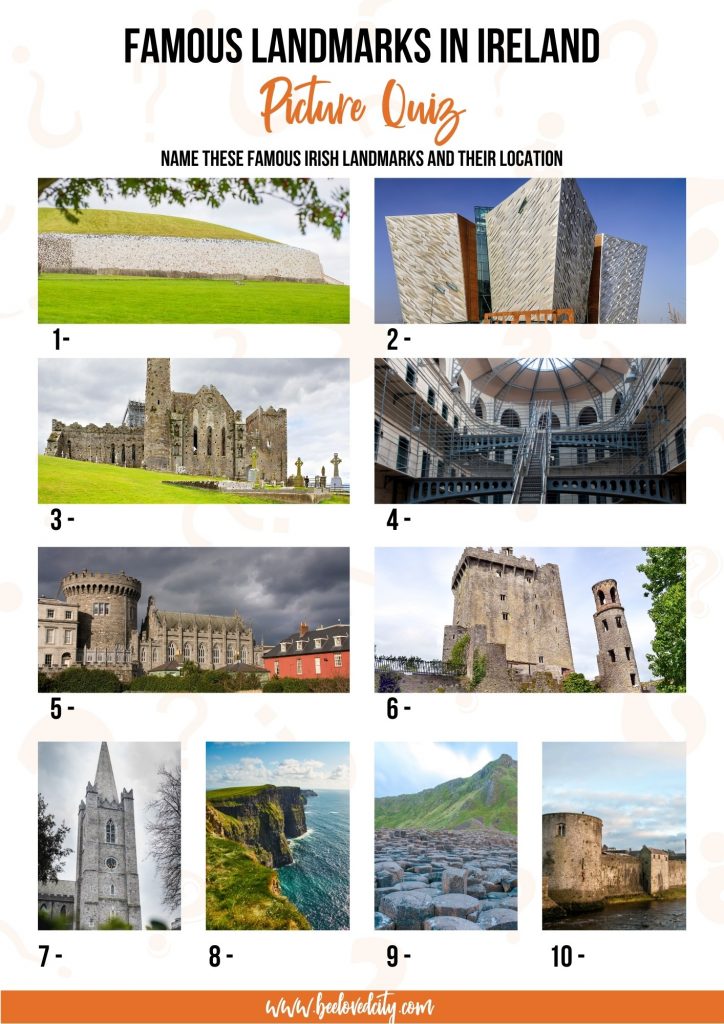 If you love Irish food and drinks, this round is for you! You will find photos of famous dishes. Name the dish or drink. 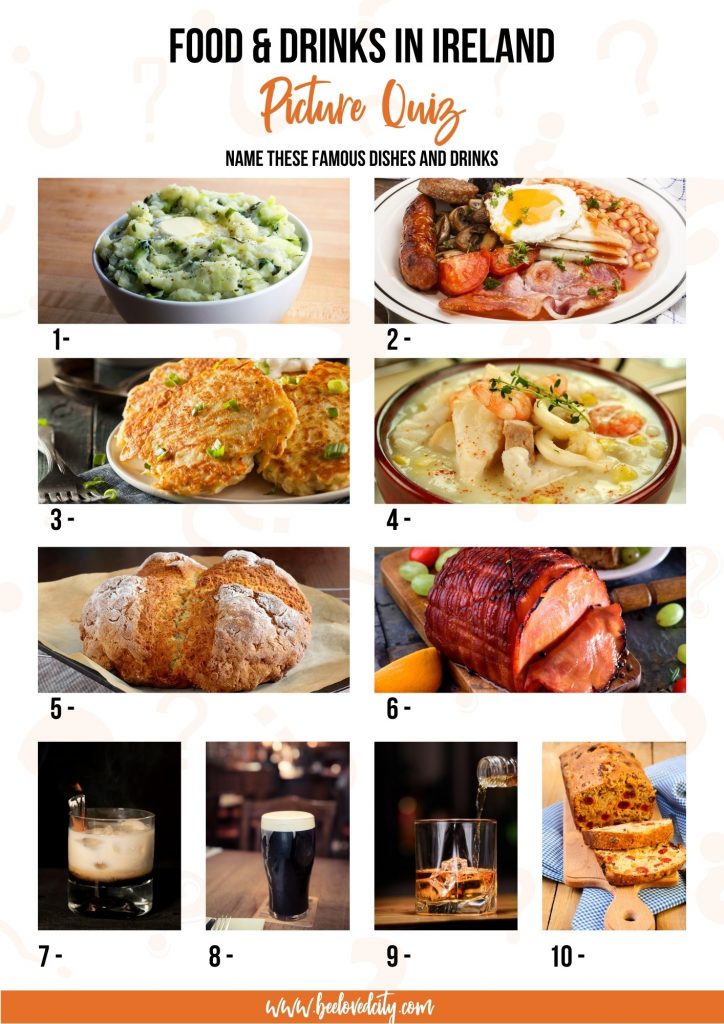 Yay! You made it through the 100 questions about Ireland! Well done!

Now is time to discover the answers!

18 Incredible facts about Dublin that will blow your mind

30 Interesting and Fun Facts about Ireland that will blow your mind!

What were the Troubles in Northern Ireland?