Are you a Disney fan that wants to live the ultimate Disney experience? Let’s go to Disney World Orlando, Magic Kingdom!

Disney Parks are the most popular theme-parks in the world. No need to explain why! They are the perfect place for children and adults. Everybody will have fun at Disney.

The biggest Disney Park in the world is Disney World in Orlando, Florida.

The park is divided into 6 parks:

In this article we will mainly speak about Magic Kingdom, however, it’s important to note that these advice are relevant for the other parks as well.

How to book tickets for Disney World Orlando?

You can book your tickets for any of the Disney World parks on their official website.

You will need to indicate the date you wish to visit the park(s), how many days you want to stay and how many parks you want to have access to.

Disney never offers discounts so there is no need to wait for a special offer, it will never come.

The only kind of discount they offer is a Florida Resident pass. It’s way cheaper than any other passes. They will ask for proof of residency though so don’t try to book this pass if you are not a Florida resident.

Disney World’s website sells tickets in all the main currencies which means that you can buy your tickets directly in GBP, Euro or AUD without having to pay bank fees. The website will automatically redirect you onto the relevant one for your country.

Another option is to buy the tickets at the gate, however, I wouldn’t recommend that as it will be more stressful for you. Also, you will have to wait enough as it is so you don’t want to add more waiting to your day.

If you are travelling from outside the USA, you can get a good package deal with some travel agencies. It is worth checking it out, especially if you are travelling with kids. They will sort everything out for you and will save you loads of money. The savings won’t be on the tickets themselves but on the package in general. Also, they will organise everything for you and make your trip so much easier.

How to get there?

Orlando is the theme-park world capital, they are all gathered near the airport and all very easily accessible although you need a car to get there (or take a bus/Uber).

Each Disney park is quite far apart from the others, you will not be able to walk. If you’ve been to Disneyland Paris, do not try to compare it. It’s a totally different setup.

The car park costs $25 for a day and is free for annual pass holders. You don’t need to all have an annual pass, if one person in the car has one it will be enough.

If you are planning on going to another park during the day, don’t forget to make sure you keep the receipt so you can show it at the second carpark and they won’t charge you. This is very important as if you are not able to show that receipt they will charge you another $25.

From the carpark, you can either walk or take the mini-train (=trolley) to the entrance of the park.

At the entrance of the park, they will check your bags and scan your ticket. You are allowed to bring food and water in Magic Kingdom so do not worry about that. These checks are only to ensure people’s safety and not to forbid food. That having been said, Magic Kingdom is dry so you are not allowed to take alcohol in. The other Disney parks allow alcohol. You will have to buy it in a bar though.

From the entrance to the park

Once you went through the checks, you have 2 options to reach the park: train or ferry. The train is faster so I would recommend taking it in the morning but the ride is not particularly nice and it gets very busy. The ferry is a slower option but is a really nice ride. I took it on the way back and it was very pleasant. Also, it’s a good option to avoid the crowds. Once you get to the entrance, you will have to scan your ticket one last time and then the adventure begins!

What is Magic Kingdom?

Magic Kingdom was the first Disney Park ever. You can find a close replica in Paris as well.

It was opened in 1971 and is described as the princess park. Cinderella castle sits in the middle and became since the main symbol of Disney World.

Although it is a very old park, it’s been extremely well looked after and a lot of new attractions were added.

Magic Kingdom is formed of 6 lands: 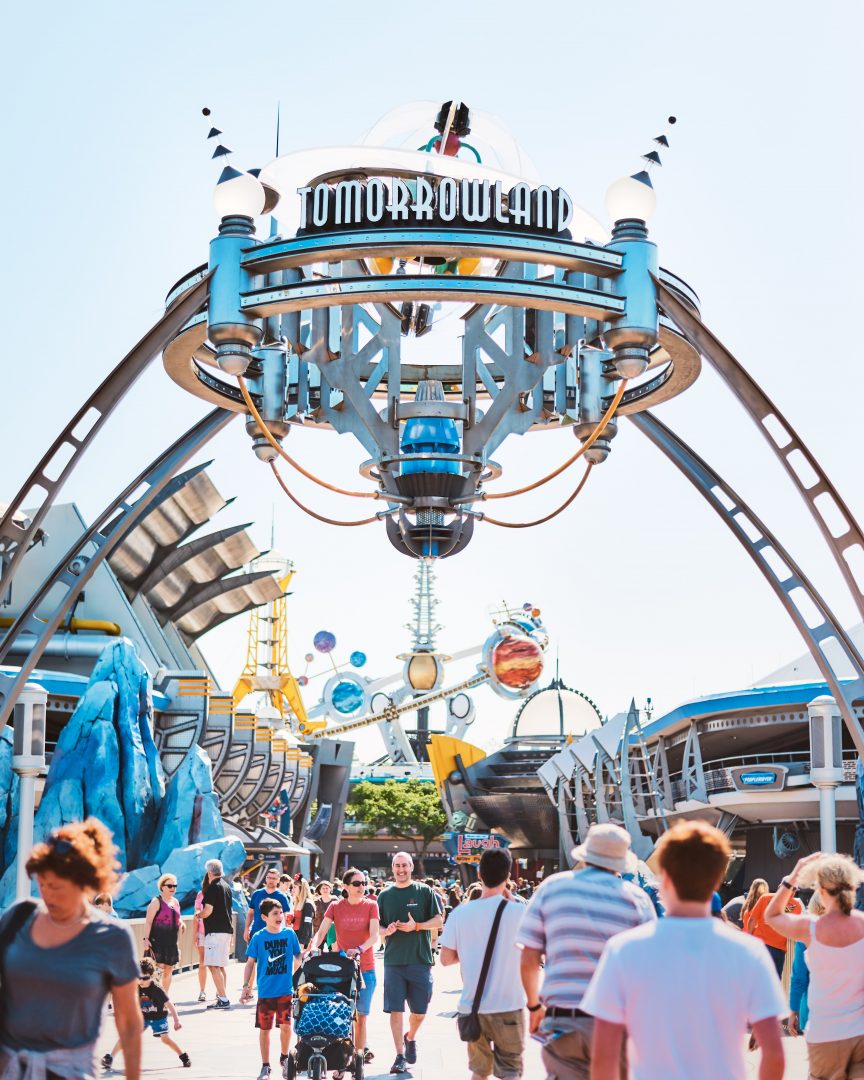 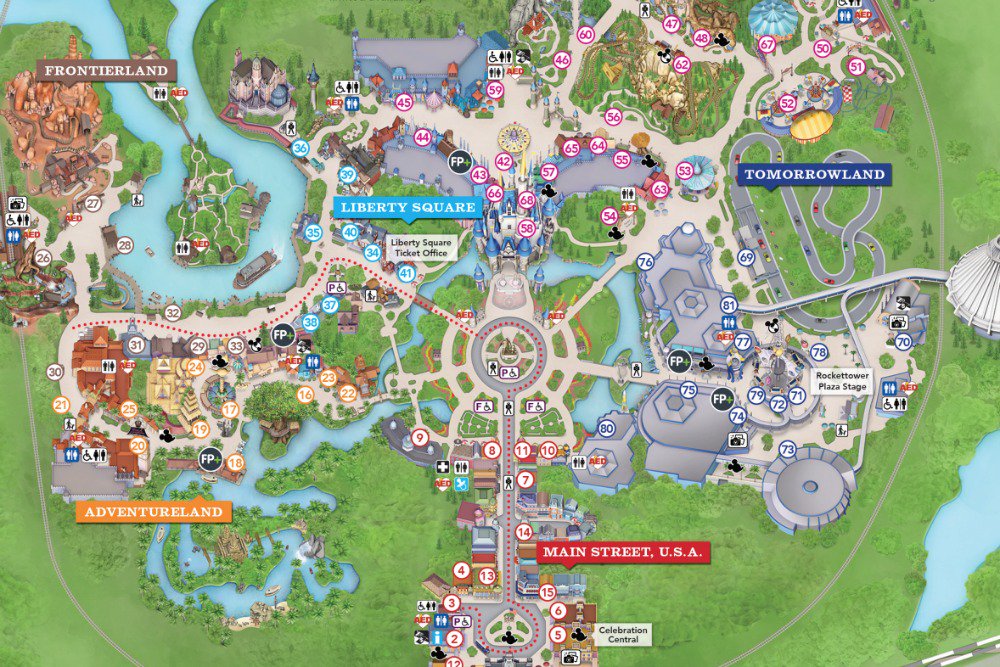 What attractions are in Magic Kingdom?

Magic Kingdom is not particularly known for its roller coasters, yet you’ve got some really good rides. It’s also the best place for children as you have some very smooth attractions. Here is a list of the main attractions in Magic Kingdom at Disney World Orlando.

Are there roller coasters in Magic Kingdom at Disney World Orlando?

Disney is all about fast-passes. For each attraction, there is a normal waiting line and a fast-pass line.

A fast pass needs to be booked. It gives you the right to jump the queue at a certain time. It’s a bit like booking an appointment for an attraction. The amazing thing about it is that obviously, you don’t have to wait but also as you know when you’ll have to go to the attraction, you can organise your day better and choose what to do meanwhile. A fast-pass is available on a 1-hour slot so pretty flexible. They are released 60 days in advance for people staying in Disney resorts and 30 days in advance for the others. You don’t need to book them that much in advance, it should be fine even if you wait to actually be there but if you want to ride the most popular one like the 7-dwarfs Mine Train or Space Mountain, you might want to try to get them in advance.

You can book a first lot of 3 fast-passes for your day, once you have used all of them you can still book fast passes but only one at the time. This is why you should try to get your 3 fast passes in the morning so you can keep booking fast passes in the afternoon. Try to get them as soon as possible so then it unlocks the others and you can just keep getting fast passes all day long. If you book all your fast passes in the evening you will have to wait until then to be able to get some new ones. You can cancel any fast pass so just book them and if something better comes up, cancel the other one and take the new one. I would recommend to book a new fast pass as soon as you tapped your card or bracelet to use yours.

To get the fast-passes, 2 options:

I can’t recommend enough to get the app. The main reason for that is that is that you get live updates and so you can get fast-passes as soon as they are released. People cancel their fast-passes all the time and so then they are released on the app and machines but if you have it on your phone, you can be waiting for a ride and keep checking the app and be able to book a fast-pass for another one straight away. If you have to go to the machines you can only book what is available at that moment and the attractions or times might not be ideal.

Also the app gives you the live waiting time for each attraction so it will help you to decide where to go. Sometimes you don’t need a fast-pass as somehow the waiting line is only 10mins.

If you follow this advice, you will be able to do all the rides, even twice if you want to. You can get up to 10 or 15 fast-passes in a day by just adopting this strategy. Also it will give you time to eat and enjoy the park as you will get to choose which time you want to grab a fast-pass. Without the fast-pass you will have to wait for everything and so taking an hour or two to eat might mean that you will only do 1 ride in the space of 4 hours.

This is a tough question and the answer is: it depends. I know, nobody likes to hear that answer but yet it’s true. Let me explain! It depends on what you like and how you want to spend your day. If you want to do as many rides as possible and you don’t mind running and be always on your phone trying to get fast-passes then yes it’s possible. Magic Kingdom is the biggest park so I would recommend spending the full day there, also because there are so many shows and you should watch the fireworks in the evening. But a combination between Hollywood and Animal Kingdom, Hollywood and Epcot or Animal Kingdom and Epcot is possible. You would have to drive between the 2 parks though which is a bit of a pain but yes if you’re willing to do a full day and be organised that’s possible. If you don’t want to rush and get to enjoy it and do all the rides in the park and get to see the shows and fireworks, I would recommend doing only one park.

I love theme parks and when I went to Magic Kingdom, we were all the time trying to get fast-passes and running from one attraction to another. My friend had an annual pass and knew the park like her own pocket. We were very organised and stayed from the opening (9am) to the closure (10pm). We went on all rides (except the teacups, flying carpets and dumbo; but this is more by choice as they are for very young children) and even did a couple twice, went for tacos for dinner and watched the fireworks. But this was a full and exhausting day and we had it all figured out already which means that I personally think it would have been a bit of a stretch to do 2 parks in 1 day. It’s do-able but I think it would be rushing it and you won’t get the best out of the experience.

Things to do in St Petersburg, Florida

Things to do in the Florida Keys

Driving in the USA

Where to stay in St Petersburg, Florida

Looking for a place that serves amazing brunches in Manchester, England? Moose Coffee is perfect!

Is the ATG theatre card worth it?

Debating whether to take an ATG theatre member card or not? BeeLoved City tells you everything you need to know to determine if it's worth it or not. 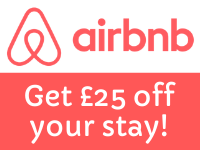